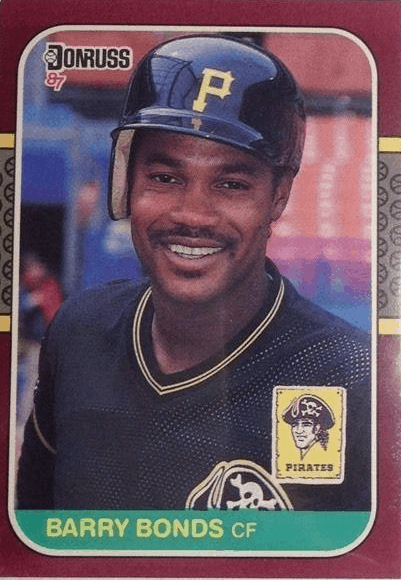 The asterisk-laden Home Run King debuted in 1986 and went on to have one of the most statistically mind-boggling careers of all time. Let’s face it, even without the alleged roid use, the man was already a bonafide Hall of Famer. So anytime a player commands this much attention (both from sheer baseball talent and scandal), there’s gonna be a steady interest in his baseball cards.  Especially the ones from his rookie year.

We could go on and on about the life and times of Barry Bonds, but that’s not what we’re here for. So let’s not waste any more time and find out what Barry Bonds rookie cards are available (there are more options than you’d think!).

What about some love for the guy Bonds dethroned as home run king? Check out the 5 most valuable Mark McGwire cards! 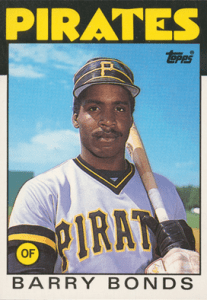 Aesthetically speaking, this is probably our favorite set of all time. Simple yet bold, the 1986 Topps will catch the eye of old and new collectors alike. As far as this card goes, it features a young and calm Barry with his famous stern glare. Not only is this the best looking Barry Bonds rookie card, it’s also one of the most valuable. How valuable you ask? Grade 10 mint gems are now going for north of 5 LARGE. Don’t want to spend as much? Grab one of the regular (non-tiffany) versions. 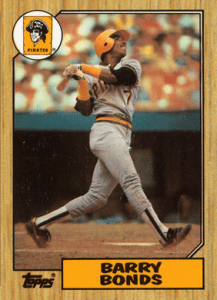 The iconic wood grain set by Topps Tiffany wouldn’t be the same without the card showing a thin Barry Bonds following through on a homerun uppercut swing (or a can of corn fly ball to right field for all we know). Either way, this card is a true legend. While not as valuable as its 1986 counterpart, you’ll still see this one going off the shelves for somewhere around $1500. Just like the 1986 set, you can pick up a non-Tiffany version of this card for MUCH cheaper. 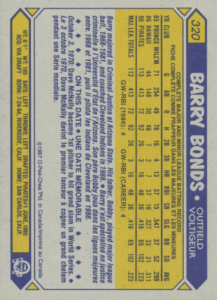 The chameleon! For all intents and purposes, this card is the same as the Topps version but printed in Canada. That and it’s much harder to come by than its counterpart. Something that makes this THE CARD TO OWN if you’re looking for a truly unique and valuable Barry Bonds card.

Looks-wise the only big difference can be found on the back of the card with the added French translation of Barry’s bio. Here’s the English version – Barry majored in Criminal Justice at Arizona State.  His father, Bobby, played major league ball, 1968-1981, and coached Cleveland Indians in 1986. 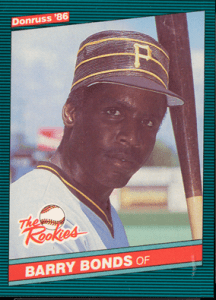 Here’s one you can still get at an affordable price. Why? We have no clue because this card is siiiiiiiick. Just take a look at that old-skool Pirate’s cap sitting atop Barry’s head. Pair that with Bond’s killer batter’s eye and you’ve got yourself a card worthy of any collection. In addition to the style, the card is far cheaper than the ones we’ve listed so far. 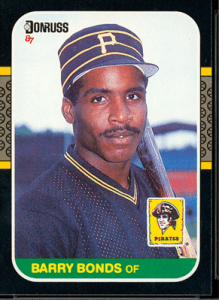 Just like the 1986 version, this Donruss Barry Bonds rookie card once again features the striped Pirates cap. There’s quite a few mint 10’s available on the market and you can likely pick one up for a couple of hundred bucks. So go get you one! 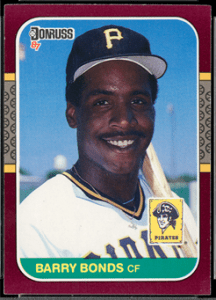 The set looks the same as the regular Donruss for this season but features only players from the starting lineup on opening day (hence the name). The one with Barry on the front can be snagged for less than $100 – even for a grade 10! Other notable cards in the set include Kirby Puckett, Jose Canseco, Barry Larkin, Eddie Murray, and Cal Ripken Jr. 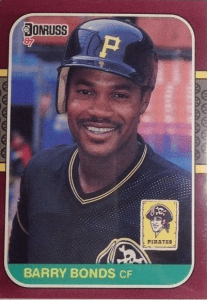 Did you just do a double-take on that picture?  Hopefully, you did, because any baseball fan can tell that that ain’t no Barry Bonds! In fact, it’s Pirates teammate Johhny Ray. Haven’t heard of him?  Don’t worry-most haven’t.  He’s no Bonds but he did go on to have a nice little career.  Check out these Johnny Ray career stats!

Anyway, enough digression. Donruss caught this obvious error early and straightened it out which means there’s not a lot of these out there. And you know what that means? They’re worth a bunch of money!  If you want one be prepared to spend a decent chunk of cash. The most valuable Barry Bonds rookie card made by Donruss. 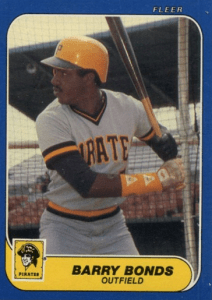 An unheralded Barry Bonds rookie card that you won’t come across too often. The card features Bonds in his famous left-handed batter’s stance in front of empty seats at the stadium (something we see all too often in that gorgeous PNC Park – SHAME!). If you happen to find one, a few hundred should get it done. 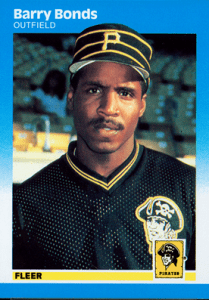 So there’s a regular version of this card and a “glossy” version.  Which one to target all depends on how much you want to spend. If you want the gloss you’ll have to spend a little more but it may be worth it for that shimmer and shine! 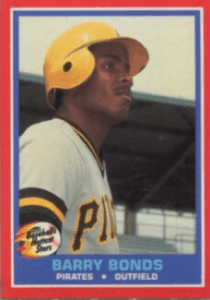 Of all the Barry Bonds rookie cards made by Fleer, we like this one the most. The classic red, white, and blue borders and Barry’s skyward gaze say it all. So if you have to make a choice between this and one of the other lower value cards on the list, just stay true to the red white, and blue! 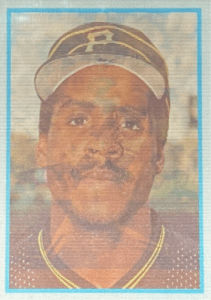 We know what you’re thinking: who, or what is Sportsflics?? The brand tried to disrupt the industry in 1986 with a high priced set of cards that never caught one. The price of this Barry Bonds rookie card reflects that. Nobody cared about the set then and it appears not too many do now. Guess that’s what you get for trying to gouge your customer base! Either way, a rare find worth mentioning.

Just like Bobby and Barry, Ken and Ken Jr. made for an unforgettable father-son baseball duo. Check out this Ken Griffey Jr. rookie card list!

Unless someone gives his home run record a chase this year, we don’t see anything coming that will move the needle in the short term. In fact, if someone like Aaron Judge actually comes close to Bonds’ single season record it may even draw more attention to these cards. If you’re thinking short, buy in the off-season and look for a profit once the season heats up.

While not our favorite strategy, this is an interesting play because there’s an outside chance the Hall of Fame voters soften on the steroid era at some point in this time frame. And if they do, Bonds should be the first they let it. Such an event is sure to drive the prices of your Barry Bonds rookie card to new levels. And if that doesn’t happen you should still see some decent appreciation along with the general market.

With his Hall of Fame worthy stats and controversial persona, Barry Bonds is clearly here to stay. At some point in the future, we think guys like Bonds and Clemens will be let into the hall. Asterisk or not, he’s the Home Run King for both season and career, therefore the name Barry Bonds will always be included in the best of all-time argument.

Speaking of best of all time, here are some other names in that argument. Babe Ruth, Ted Williams, Ty Cobb, Henry Aaron, Lou Gehrig, Willie Mays, Stan Musial. Do you know what these players have in common (besides the gaudy stats they produced)? Baseball cards with a photo of one of these guys on the front are worth LOTS OF MONEY. You get the picture. If you own one of the most valuable Barry Bonds rookie cards a long term investment is the way to go.