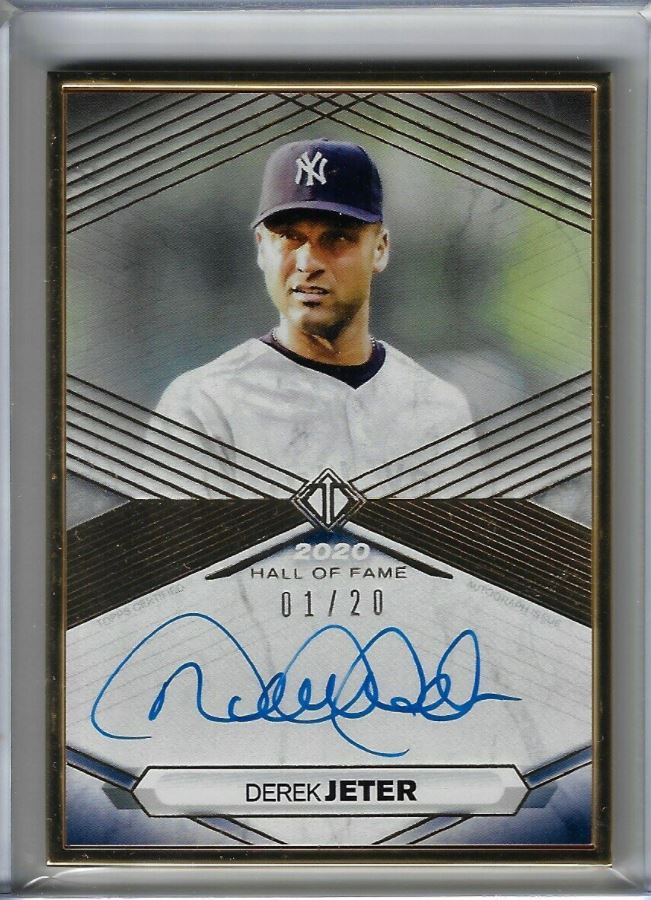 There are fewer brands in the world of baseball that carry the clout of Topps. And rightfully so. The leading baseball card brand has been around for decades and still sits atop the industry. But what are the Best Topps 2021 baseball cards? While there are still plenty of cards on the way like the ultra-coveted Topps Chrome collection, we’ve decided to take highlight our favorite releases so far. Let’s get started! 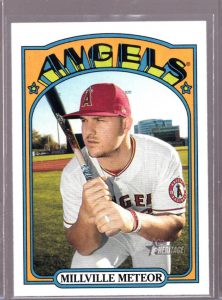 Mike Trout is another name that will certainly land in Cooperstown one day. There are many that believe that Mike Trout is the best player in the game today and even a few that are already saying he’s the G.O.A.T. So far in his career Trout has played in All-Star games and owns 3 AL MVP awards. He was also selected to the All-MLB first team for the past two seasons and leads all active major leaguers in career on-base percentage and slugging percentage. All of these are incredible contributors to the ever-growing popularity of just about any baseball card with Trout photo on it. So far our favorite Mike Trout cards of 2021 are part of the Topps Heritage collection.

One cannot help but feel a whole lot of nostalgia when looking at this card of Mike Trout on one knee holding his bat. And who doesn’t like to see the Millville Meteor nickname at the bottom? As far as value goes, this one of a casual investment of just a couple hundred bucks. Easily one of the best Topps baseball cards of 2021.

By the time it’s said and done he’ll be considered one the best greatest to ever play the game. Heck, he already is and he’s not even 30 yet! Anyways, what we’re trying to say is cards with Troputs photo on them will be amazing investments over the long term. 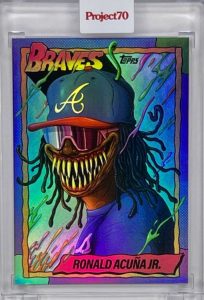 Ronald Acuna Jr was selected as the top prospect in baseball by Baseball America in 2018 and it is safe to say that his career has lived up to the hype. Acuna was named the NL rookie of the year in 2018 and would go on to make the NL All-Star team in 2019. This year he’s right at the top of the odds to win NL MVP and it wouldn’t surprise us one bit if he goes on to bring it home. All perfect reasons to grab this exciting edition of 2021 Topps Project 70.

In terms of sheer style, this card may be one of the coolest of all time. The action shot is an animated drawing of Ronald Acuna with a smile from ear to ear across a reptilian-like face. Every color of the rainbow appears to be represented in a card that is full of like and energy. Sure, it’s a bit creepy but it’s hard to argue the can’t look away nature of this crazy card from Project 70.

Investment Strategy: Play It By Ear

You could make a case for going short, medium, or long-term on a Ronald Acuna card. He’s going to wrack up plenty of accolades and likely some championships along the way. If at any point the profits are too juicy to pass up go ahead and take them. However, Acuna like Trout is certainly on track to become a Hall of Famer like the first guy on this. No problem going long term here. 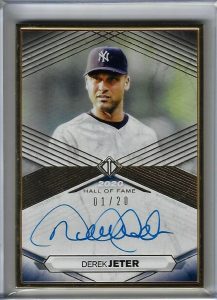 You can’t make a Best Topps 2021 Baseball Cards list without a Jeter card. Derek Jeter spent his entire twenty-year career with the New York Yankees. He is the team’s all-time leader in hits, doubles, stolen bases, and games played. Additionally, he is a 14-time All-Star and a 5-time Gold Glove Winner. On July 9th, 2011 Jeter became the 28th player in the history of baseball to have at least 3,000 hits for his career. His 3,000th hit was a home run that went at least 400 feet. All of these milestones played a role in “The Captain” winning 5 World Series rings and his eventual near-unanimous Hall of Fame nomination in 2020.

This card above is enhanced by the Hall of Famer’s autograph at the bottom and the fact that there are only 20 in existence. Prices are sitting right around $500 at the moment.

As we approach his Hall of Fame Induction Ceremony (that will now be held in front of a live crowd by the way) we’re expecting the demand for Derek Jeter cards to go through the roof. Meaning it seems likely there are some easy short-term profits to be made. However, if you’re not satisfied with the return in the short term a card of a true legend like Jeter is a great stash for the long haul.