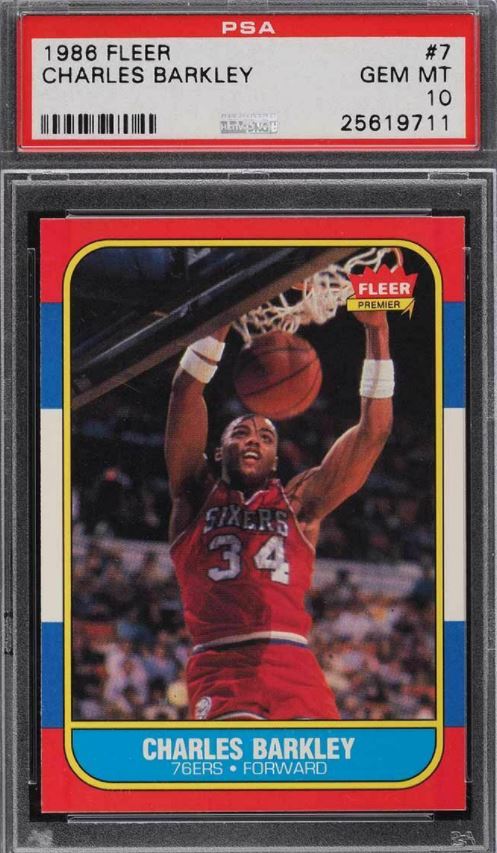 With the career the man has had both on and off the court, it comes as no surprise that there’s plenty of value tied up in the Charles Barkley rookie card market. When Barkley retired in 2000 he was only the fourth player in the history of the NBA to have over 4,000 assists, 10,000 rebounds, and 20,000 points in his career. And with those kind of numbers, it comes as no surprise that Sir Charles was inducted into the NBA Hall of Fame 6 years later in his first year of eligibility. In addition to his on-the-court greatness, Barkley is almost as great off of the court as an NBA analyst. He is known for his funny antics and his no-holds-barred attitude that allows him never to be afraid to express an opinion on current events.

With a career like this, you can certainly imagine that why Charles Barkley’s rookie cards are so valuable. And while he’s never won himself an NBA Championship, we’d like to think this only adds to Barkley’s appeal as many consider him to be one of the best players in the history of the sport that has never win it all. Either way, the following cards make for a sound investment for years to come!

Trending: Check out the hottest basketball rookie cards of 2021! 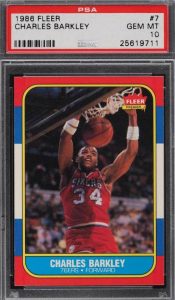 Although Fleer is no longer being a household name, it was one of the biggest when Barkley debuted. Therefore it’s not surprising that the card going for upwards of $18,000 as a PSA 10 grade with cards without a grade still selling for a few hundred bucks. This gives you a good idea of what you are getting yourself into with Barkley’s rookie cards. The card art here is pretty special as well, with Barkley slamming one down in his old school 76ers jersey. 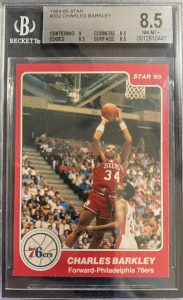 Being a lesser-known card brand, you might consider this Charles Barkley rookie card as an afterthought. However, these shouldn’t be taken lightly as it’s hard to find one selling for less than $1,000. On average prices are roughly $1,500 with grade 9s reaching nearly $3,500. By the way, Barkley is actually in the Hall of Fame twice, once for his NBA career and once for his role on the Dream Team. Anyways, anything above a grade 9 is incredibly rare so keep your eyes peeled. 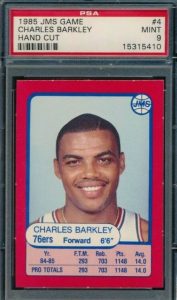 Last but not least we have the Panini version of the rookie card! Target this card if you’re not looking to spend thousands of dollars as they tend to be the most affordable. The card takes a simplistic approach as it only shows Barkley’s face with some stats underneath. You can find these cards for as cheap as $100, but they can sell for over 2 times that amount if they’re in the right condition.

We prefer a long-term approach here. When you own a rookie card of an iconic player like Charles Barkley, you can only expect values to go up over time. Sure the market may have some periods of decline here and there, but years from now that Charles Barkley’s rookie card investment should pay off incredibly well.