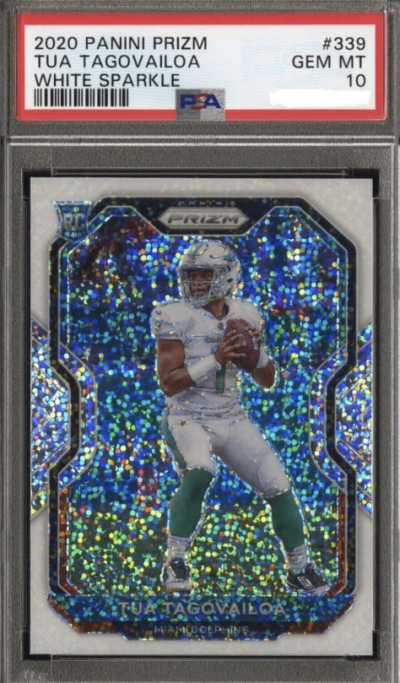 With the unveiling of Miami’s unapologetic air raid style offense, it comes as no surprise that many collectors are looking to get their hands on the best Tua Tagovailoa rookie cards. While Tua’s first couple of seasons were fairly uneventful, we’re beginning to see the young QB come into his own in year 3. Tagovailoa now has a pass first mindset and has shown he’s not afraid to take chances. Something that perhaps should have been instilled in the QB from the start.

At any rate, it appears we’re finally going to see what Tua is truly capable of. And if his third season breakout is a sign of things to come, the following Tua Tagovailoa rookie cards could see some insane gains over the following months.

In this post we’ll explore Tua’s best first year cards from collections such as Panini Prizm, donruss Optic, Mosaic, and more. But first let’s take a look at why this breakout shouldn’t have come as a surprise.

Tua Tagovailoa burst onto the scene when he received the call to relieve the ineffective Jalen Hurts in the 2018 National Championship game vs Georgia.  And Tua answered that call, in a BIG way.  After his predecessor spotted the Bulldogs a 13 point lead going into the 3rd quarter, Tua slowly but surely pulled the Tide back into contention.  With only 3:49 left on the clock, the true freshman found Calvin Ridley in the end zone to force overtime.  And with the game on the line in OT, Tua rose to the occasion with a game-winning 41-yard touchdown pass to DeVonta Smith.

After the heroics of his freshman season, Tua was thirsty for an encore in 2018-2019.   Now with the confidence of a sophomore, Tua made it look easy all season long with the only real scare coming from that pesky Georgia team he faced in the championship the year before.  But when it came time to play for another title, it was yet again time for a true freshman to take center stage.  To put things lightly, Tua Tagovailoa and the Crimson Tide had absolutely no answer for Trevor Lawrence and the Clemson Tigers.  Final score 44-16.

The already jaw-dropping college resuming continued in the 2019-2020 season.  Tagovailoa seemed ready to make yet another playoff run before being cut down in the 2nd quarter of a blowout win vs Miss St.  The brutal dislocated hip prevented Tua from seeing the college field ever again and put an end to what was shaping up to be an outstanding season.

Shop Our Top Picks For 2022 NFL Rookie of the Year 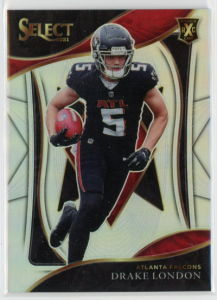 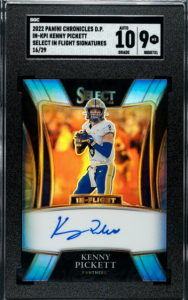 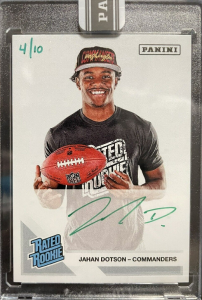 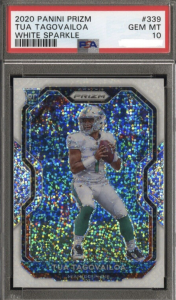 When it comes to the best Tua Tagovailoa rookie cards overall it’s hard to argue against Panini Prizm. The set offers a number of sweet inserts, autographs, and Prizms so there should be something for all types of collectors. 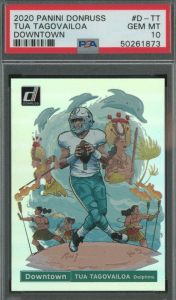 Some of the most valuable you’ll find are without a doubt from the Donruss Optic collection. On top of valuable, they’re just great looking cards. Crisp and clean with a sturdy feel that screams high quality.

And when it comes to great looking cards, none may be better than the “Downtown” insert. And that goes for any sport, not just football. Anyways, just take a look at the card above and you’ll see what we mean. Or this one featuring Kyler Murray. We rest our case. That said, these fan favorites have proven to have staying power and should continue to bring in high values for a long time to come. No doubt one if the best Tua Tagovailoa rookie cards ever created. 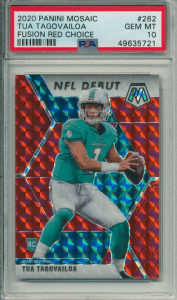 There are all kinds of styles to choose from here. For instance, the autograph versions feature Tua looking downfield ready to throw on the run (or perhaps take off and pick up an easy 25 on the ground!). These are the most valuable in the set and make for great investment options for serious collectors.

Meanwhile, if you’re not looking to make that big of an investment try going for some of the more common no auto Prizms. These show Tua standing in the pocket looking to throw a strike downfield. Additionally, the NFL Debut Mosaic parallels are making a BIG splash. Like we said, plenty of choices from Mosaic. 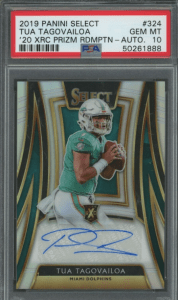 Panini Select is a favorite among collectors and is a no-brainer for our Top 5 Tua Tagovailoa rookie cards list. There’s plenty of parallels available but the incredibly scarce are known to hold some big values. Don’t let that scare you though. There’s plenty of options that you can pick up for way less than that. 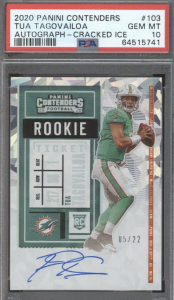 Panini Contenders is known for it’s abundance of material and autographed cards and thus has built up a loyal fan base within the industry. Unlike Panini Prizm and Select, Contenders doesn’t go for the glitz and glam approach. Rather the set focuses on the game day feel by featuring ticket stubs and game worn material on the cards. An amazing collection for anyone who loves being reminded of what its like to see Tua wreak havoc on defense live and in person. An attribute that makes Contenders one of the hottest Tua Tagovailoa rookie cards on the market. 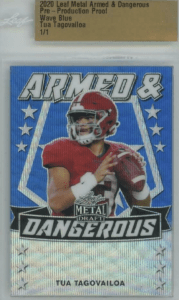 While the best Tua Tagovailoa rookie cards from Leaf aren’t as sought after as those from Panini, they’re certainly nothing to scoff at. Especially if you’re a fan of the unique. Just take a look at the Armed & Dangerous insert shown here. Who knows, if Leaf had the official NFL trading card license that Panini does maybe the popularity factor would be a different story. 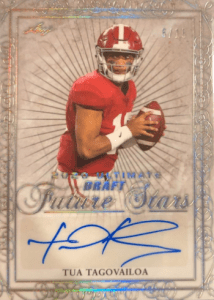 These don’t seem to be as valuable as their “Metal” counterparts.  However, what they lack in value, they certainly make up for in style.  The cards feature solo shots of Tua dropping back to pass with that deadly accurate left arm.  Collectors who decide to hold for the long term can only hope that arm is just as accurate against NFL competition. 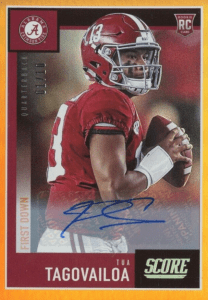 While Score certainly isn’t the set preferred by the industry whales, it’s a perfect option for collectors who are looking to get in at a reasonable price. For instance, the card shown above is a Gold parallel with a print run of just ten and comes with an autograph. When you hear stuff like that you automatically start seeing dollar signs. However, this rare card from Score can still be purchased for under $500. How’s that for taking away a barrier to entry!

Tua has answered many questions so far in year 3 and we’d expect that to continue if he stays healthy. On top of that, the Dolphins look like bonafide contenders. Consider holding for a playoff push if you’re not tempted by the profits before that happens. Either way, short term profits should be immense if Tua and the Dolphins keep it up.

There are a variety of factors that should go into this decision. However, above all, you should ask yourself how much you believe in Tua.  Is he the next Steve Young (he’s actually kinda similar besides just the whole left-handed thing). Or will he make like fellow Alabama quarterback AJ McCarron and fade into the world of back up QB obscurity? We tend to think the Young comparison is more likely. However, the McCarron outcome is gonna cost you BIG TIME. Both with the money you invested and the short term profits you passed upon. High risk, high reward.

Let’s see how year 3 goes before we start thinking of anything too far down the road.