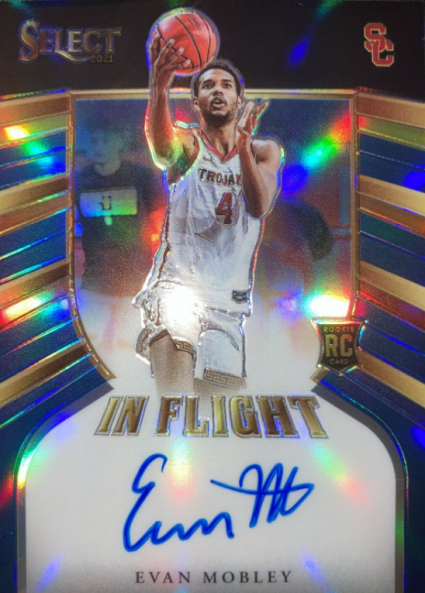 Now that yet another exciting NBA season is upon us, it’s time to take a look back at our Hottest Basketball Rookie Cards 2022 list. While there are plenty of players to that made a first year impact, we’ll narrow the field down to three. But can these fresh faces top the likes of who we saw enter the league in 2021? It’s gonna be tough, that’s for sure. With elite talent like LaMelo Ball and Anthony Edwards shining bright in their first couple of seasons, the following players will certainly have an uphill battle. Let’s see who they are! 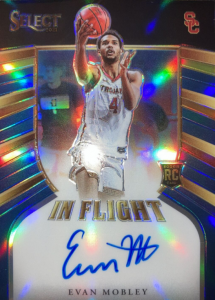 When it comes to the 2021-22 batch of rookies, few have looked better than Evan Mobley. The kid has shown elite athleticism despite his 7 foot frame and has been scoring plenty of points. In addition to the points, Mobley has been gobbling up boards like a mad man. Expect both the scoring and rebounds to continue. With plenty of playing time all but penciled in, Mobley should be a key to the Cavs offensive production going forward. 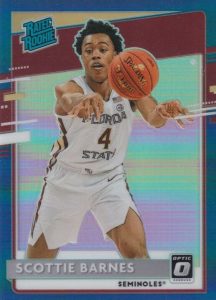 Another 2021-22 rookie that scored and rebounded like a machine is Scottie Barnes. The Raptor’s new power forward has shown that he’s more than capable of being a force right off the bat and looks like the catalyst the Raptors need on offense. Additionally, he’s getting it done on defense as well. So much so that he has even drawn complements from none other than Kevin Durant. And being the winner of the Rookie of the Year award, Scottie Barnes is a no-brainer for our Hottest Rookie Cards 2022 list. 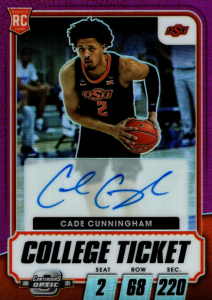 After a bit of a slow start, Cade Cunningham began to show folks why he was the first overall pick of the 2021-22 NBA Draft. As his rookie season progressed, Cunningham made plays all over the court and started to reveal why some have made those lofty Luka Doncic comparisons. While comparing Cade to one of the league’s best players may be a bit premature, the talent is there. As long as he gets the playing time going forward (which seems incredibly likely at this point) we’re expecting more outstanding play. 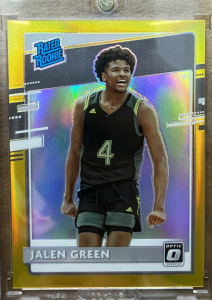 It’s hard to leave Jalen Green out of our Top 3 but for now he’ll have to settle for an honorable mention. Green is doing everything the Rockets expect of him early on and one would think it’ll only get better as he gains more experience. He along with the other 3 players we’ve listed so far are sitting neck and neck when it comes to the most impactful rookies from the 2021-2022 season. Here’s to hoping that Jalen has a chip on his shoulder for being left out from the top of our Hottest Basketball Rookie Cards 2022 list and goes on to have a career for the ages. 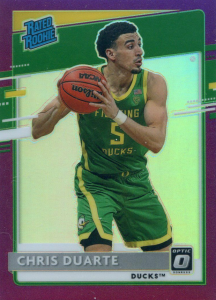 The Pacer’s new “old man” rookie has been getting it done on the court so perhaps the experience is paying off. He’s scoring points, making plays, and hauling in a decent amount of rebounds and makes for a great breakout candidate. Who know, perhaps the wisdom that comes with being a 24 year old rookie will propel him to the top of the list as we get into the full swing of the season. He’s already made plenty of progress and could certainly end up surprising some folks. 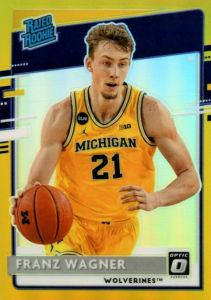 Orlando has to be incredibly pleased with the production they received from their 1st round pick in 2021-22. Not only did he manage to stay on the court (32 minutes per game) but he also made the most out of it. Franz held his own with the big boys by averaging 15 points a game to go along with nearly 5 rebounds. At age 20, we expect bigger thing of Wagner in his second year as he matures. Look for the offensive and defensive production to jump in year 2. If so, you’ll be happy you own a Franz Wagner rookie card or two. 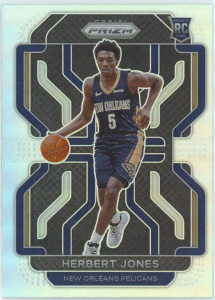 While one of the least heralded rookies going into the 2021-22 season, Herbert Jones definitely made his presence felt. So much so that he ended up placing 6th in Rookie of the Year voting. So how did the 2nd round pick out Alabama manage to attract the attention of voters? A workman like attitude that wouldn’t take no for an answer.

Jones filled the role and provided the boost that the Pelicans needed when times got tough. Especially in the playoffs where he saw his stats approve upon an already impressive rookie campaign. Expect Herbert to hone his craft even further as he becomes more accustomed to pro basketball. One of the hottest basketball rookie cards of 2022 without a doubt.