Find the Hottest YuGiOh Cards of 2021 on eBay! 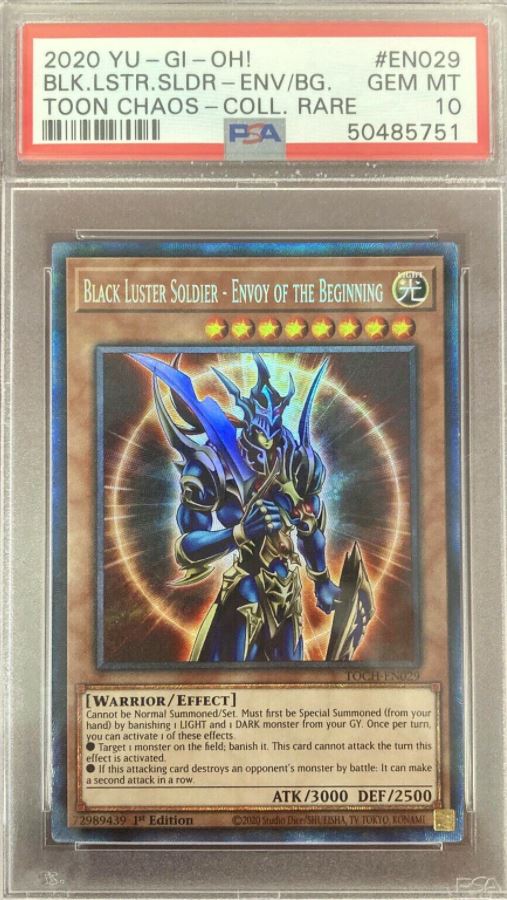 When it comes to the lucrative blend of anime and trading cards, fewer entities match up to the iconic franchise known as Yu-Gi-Oh! Yu-Gi-Oh is a Japan-based manga series that was
put in a Japanese magazine between 1996 and 2004. Overall, the franchise has 4 different manga series along with six animated series and three films. Safe to say there’s a market for this stuff.

As far as the card game goes, it was launched in Japan in 1999. Three years later, it would be launched in North America. And boy did it catch on. In fact, it wasn’t long before the game was named the top-selling trading card by Guinness World Records in July 2009. As of the beginning of the year, 35 billion Yu-Gi-Oh trading cards have been sold around the world with the grossing value from those sales totaling over 9.6 billion dollars!

Catching up to the modern era of the game, Yu-Gi-Oh recently released a new version called Yu-Gi-Oh Rush Duel. It was launched in Japan in April 2020. In case you missed it, Yu-Gi-Oh trading cards have a great deal of value. So even if you aren’t a Yu-Gi-Oh enthusiast, it may be a good idea to add at least one of the following cards card to your portfolio. And if you are an enthusiast? Well, you might want to think about picking up SEVERAL of the cards from our Hottest YuGiOh Cards of 2021 list! 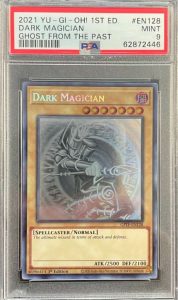 It goes without saying that this card is a must-have amongst Yu-Gi-Oh card collectors. It is the most sought-after card in the “Ghosts of the Past” pack and is described as the ultimate wizard of attack and defense. If that weren’t enough it also happens to be the top icon in the King of Games. Either way, this card is incredibly valuable with PSA 10 grades going for around $6,000. 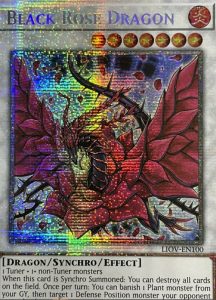 This card is almost a must-own if you’re looking to master Yu-Gi-Oh. For instance, this card is capable of defeating all other cards in the field if they are synchro-summoned. In addition to its power, the card has an intimidating nature as far as looks go. Who doesn’t get a little weak in the knees when staring at that black dragon being displayed prominently in the middle of the rose? Did we mention the card can also send 1 plant monster away from your graveyard?? With an ability like that it’s no wonder this bad boy made our Hottest YuGiOh Cards 2021 list. Values are already up over $500 for non-graded cards. 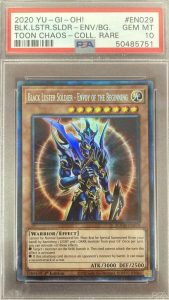 The soldier stands out in the card’s dark blue layout within the card. An image that seems to spell doom for any opponent. One perk of this card is the ability to inflict damage on your opponent up to the ATK in their graveyard if you kill an opponent’s monster in battle. A much more important perk is its value. If you’re looking to add a 1st Edition PSA 10 to your collection be prepared to shell out at least $4,000.