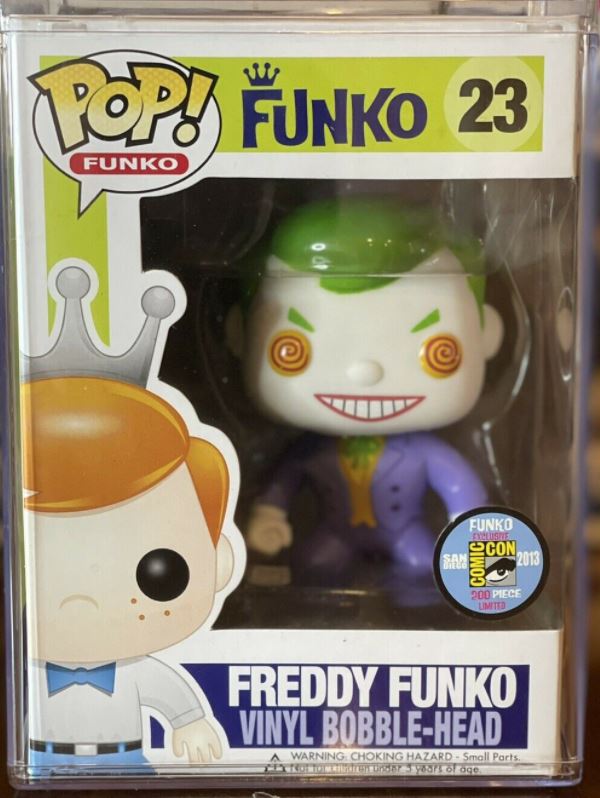 If you’re intrigued by our Most Valuable Funko Pop 2021 list, there is a good chance you’re an enthusiastic collector of toys. Perhaps one that knows what it’s like to experience the thrill of investing some serious cash into edition to your collection. Fortunately, you shouldn’t have any problems trying to find a Funko Pop figurine that will take quite a bit of your bankroll to acquire. We’re about to give you a few examples of such, but first let’s go ahead and learn more about how Funko became the worldwide phenomenon that it is today.

First Funko Pop Ever Made & the History of Funko

The valuable toy collection is made by Funko Inc., a company founded in 1998 by collecting enthusiast Mike Becker. Initially, Becker started the company to sell coin banks. However, the coin banks failed to sell so Funko was forced to pivot to the world of bobblehead retail and released the iconic Big Boy as its first-ever toy. Later, the company would become even more renowned after releasing the epic Austin Powers line.

However, it wasn’t until long after the Austin Powers bobblehead line that Funko would begin selling its Pops toy line in 2011 shortly after it was revealed at the New York Toy Fair. Since then Pop has grown to become the most popular product line that the company has ever offered. And it’s easy to see why with licensed characters from popular franchises such as Disney, Star Wars, and Marvel. In addition to those big-name franchises, Funko has also included characters from Spongebob, Ghostbusters, and Scooby-Doo.

With enticing franchises and characters like we’ve just mentioned, it’s no wonder why so many folks from all over the world have become a bit obsessed with Funko Pop. Now let’s take a look at some of the most valuable Funko Pop sold in 2021 so far. 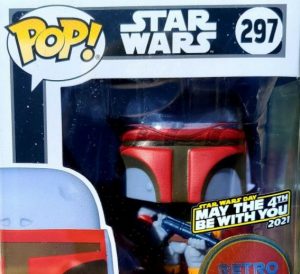 The color of this Funko Pop! is quite intimidating and serves to warn that this 3.5-inch exclusive figurine should not be messed with at all. Boba Fett was first introduced in the incredibly hokey 1978 Star Wars Holiday Special. A couple of years later his reputation as an evil character was enhanced even more in the movie “The Empire Strikes Back”. So it’s no wonder Boba’s mystique and intimidation factor can be clearly seen in this figurine. While it is quite a gift for the Funko Pop! enthusiast, it doesn’t come cheap. Some of the 32 models sell for north of $1,500 while a model 297 has sold for almost $5,000 in recent months. 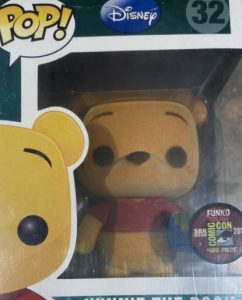 There are few characters that are more iconic and beloved than Winnie the Pooh. Instant credibility can be seen with this figurine as soon as the iconic Disney logo is spotted towards the top of the box. As far as the looks of the actual toy go, Winnie the Pooh is featured with a red top and an overflowing cup of honey. Yep, Pooh is ready to party! The figurine makes a great gift for both long-time and newer fans of Winnie the Pooh. When it comes to value, these can really get up there in price. For instance, one sold on eBay in May for $4,350. A no-brainer for our Most Valuable Funko Pop 2021 list. 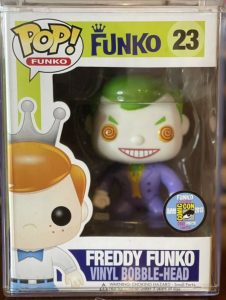 This figurine shows Freddy Funko as the Joker. He is draped in a purple Joker suit and has a pair of crazy red bug eyes that only serves to accentuate the sinister nature of his character. Additionally, the eyebrows really stand out as they are slanted downward. And as well all know what that means. Ole’ Joker Freddy is up to no good. And if the eyebrows didn’t give his true nature away, then the figurine’s balled-up fists surely will.

This is easily one of the most valuable Funko Pop figurines of 2021 as some of the rare 2013 Comic Con versions have sold for more than $4,000 recently. Not a surprise seeing as there were only 200 of them made. If you’re not looking to spend quite that much look for the Surf’s Up Freddy Joker & Batman. You should be able to get the pair for less than $200. 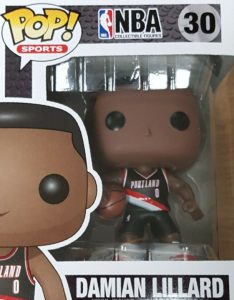 Right when we thought values couldn’t get any crazier, the above 1st Edition Damian Lillard comes along and completely shakes up the market. How so? How about being sold at a recent eBay auction to the tune of $9,999. We don’t know about you but that seems like a disrupter to us! Either way, NBA Funko is hotter than french toast with boiling syrup poured over it so if you see any of your favorite players getting their very own line, grab one! Who knows, maybe your hometown favorite will be the next $10,000 toy. 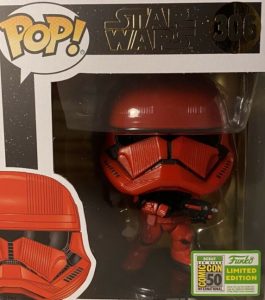 When it comes to Funk Pop figurines made in 2019, there are quite a few contenders that are in contention for the most valuable. One of these contenders is the infamous Sith Trooper. The menacing red color and the taunting mask should be enough to turn the head of any serious investor. While there are some 2019 Funko Pop figurines that are even more valuable, there are none that are quite as cool. Some have sold for more than $2,000 recently.