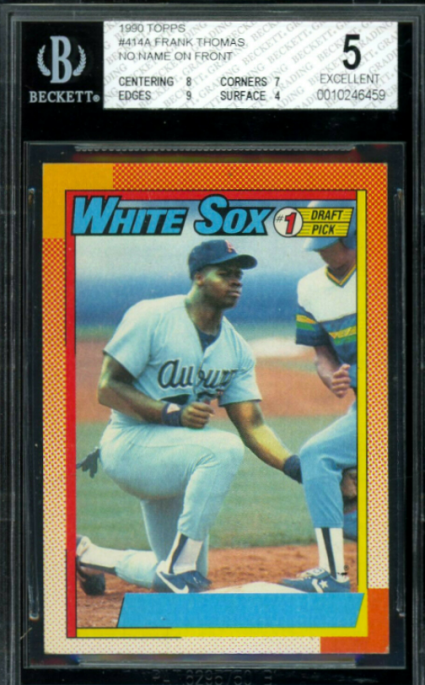 When it comes to random baseball cards worth money, there is certainly no shortage of options. That’s why we’re going to focus on a few cards that may seem worthless at first glance but have plenty of sneaky value. After all, we’d hate to see these hidden gems collecting dust in your basement when they could be paying for you’re next vacation! Therefore, after you’re done reading you may want to go back and make sure you’re not sitting on a war chest of unrealized profits. Let’s get the party started! 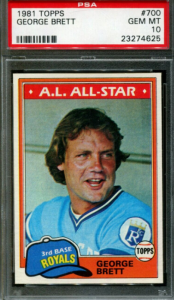 We’ll start with the man who gave the world famous musician Lorde inspiration for one of her biggest hits. That’s right, none other than George Brett. Obviously, the man known for being one of the last players to come close to hitting .400 (and his love for pine tar) has a rookie card that is well known as one of the best cards of the 70s. However, what you may not know is that a seemingly run of the mill All Star card from 6 years after his MLB debut also can bring in the bucks. For instance, the card above recently sold for close to $1,000 on eBay. Next time you’re going through you’re storage boxes be sure to keep you’re eyes open for this one! If it’s in the right condition you’ll be looking at some serious cash. 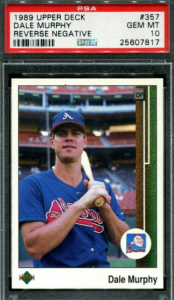 The famous 1989 Upper Deck Ken Griffey Jr. card isn’t the only one worth money in this collection. While certainly not as well known, this random “reverse negative” error card of the legendary Hall of Fame snub Dale Murphy can command a decent amount of cash on the open market. Wondering what the error is? The regular card features Murphy with the bat on the left side rather than the right side as you see above. In the right condition this card could easily pay for you’re next date or family dining experience. Not he most valuable random baseball card worth money but a nice find nonetheless. Target price $100-$300. 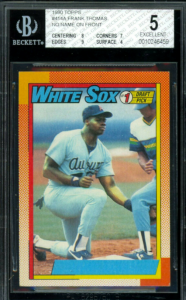 Leaving the name off the rookie card of one of the greatest hitters of all time may seem like an insult. And maybe it is. However, it sure created one of the most valuable random baseball cards worth money. As the name suggests, the card has everything the regular Frank Thomas card from this set has. Except the name! Fortunately for those who own the card, this oversight created some truly tremendous value. For example, the card above is merely a BGS 5 grade but is still worth somewhere around $4,000. Sound like a lot? That’s nothing compared to the card at it’s full potential. Mint or gem mint versions have been known to sell for well over $20,000! 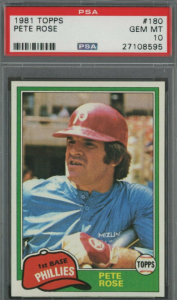 You wouldn’t think a random card released nearly two decades after the player’s MLB debut would be worth much. Even if it features the infamous Pete Rose. However, don’t let the seemingly benign appearance of this card fool you because in the right condition it is incredibly valuable. A PSA 10 like the one shown here is worth more than $3,000. Additionally, there is similar card with a Coca-Cola icon in the top right corner. While not nearly as valuable, the Coca-Cola card can still fetch a few hundred in the right condition.

Related Content: Most Valuable Baseball Cards From the 80s and 90s

What should I do with my random baseball cards worth money?

While the answer to this question depends greatly on the owner’s personal situation these are a few options to consider.

If you find any of these random cards in your collection you’re looking at some big time profits. You certainly didn’t spend much to acquire them and any amount of dough you can get when selling puts you well ahead in the margins. If you need to money for other things this is a no brainer. Count your lucky stars and grab that cash!

The cards listed here feature some of the greatest players to ever grace the diamond. Therefore, their value is something that’s not going to plummet because of an untimely injury or a bad season. Over time these should only grow more valuable so if you’re not in dire need of a cash injection a long term hold is certainly something to mull over.

Send Photos of Them To Your Friends & Family

One of the best parts of stumbling upon random baseball cards worth money is basking in your glory. While nobody likes a braggart, your close friends and family will likely be thrilled about your good fortunes. Send a few text messages of these beauties for an instant conversation starter. Or maybe pull the phone out and show the photos to dazzle folks at the next family get together. Don’t let the moment pass without getting your well deserved props!