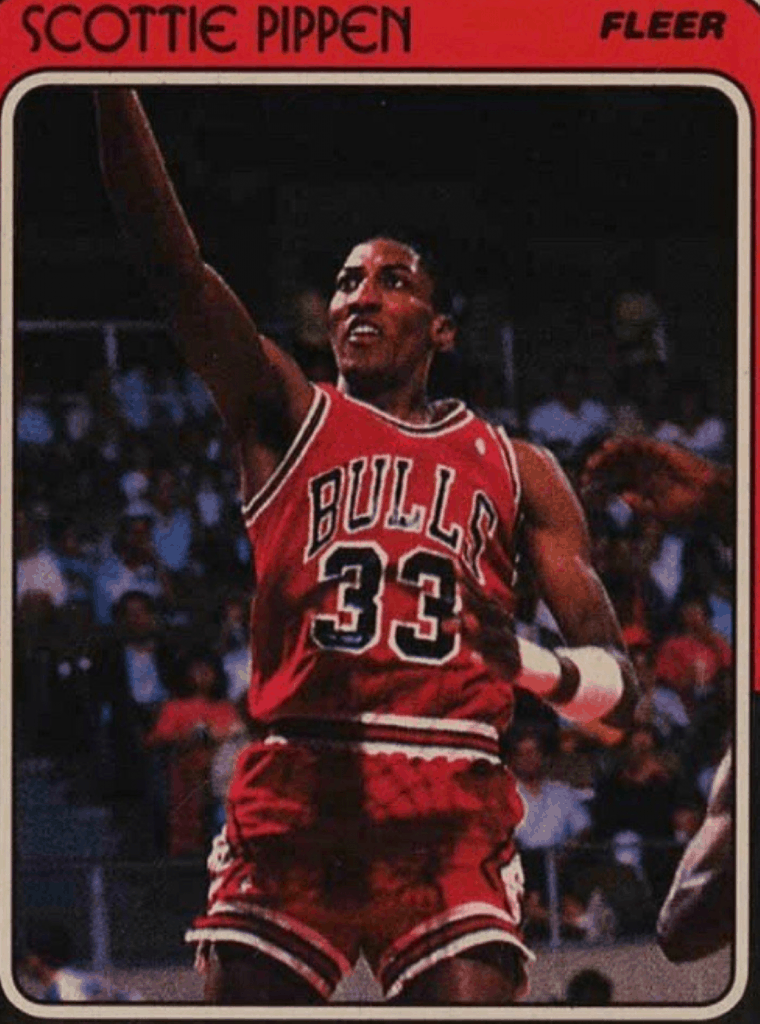 History is filled with dynamic duos.  Batman and Robin, Butch and Sundance, Bert and Ernie, Thelma and Louise, Rick and Morty, the list goes on.  And even though the list is long, it certainly isn’t complete without the names Michael and Scottie.  While it’s clear most attention goes to the former of this duo, here we’ll focus on the often overshadowed Scottie Pippen.  So let’s make Robin and all the other unsung heroes proud by showing some love to one of the most underrated tag team partners of all time! 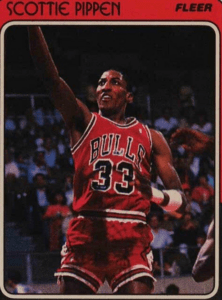 The conversation starts with the iconic 1988 Fleer card.  While it’s not the most exciting looking card, it seems to be the most sought after.  When it comes to value, the key for this card is all in the grade.  Go ahead and grab a mint or perfect 10 and you’ll have something that’ll remain sought-after for quite some time.  And unlike the high-grade MJ rookie cards, you won’t have to spend TENS OF THOUSANDS OF DOLLARS.  Enough said. 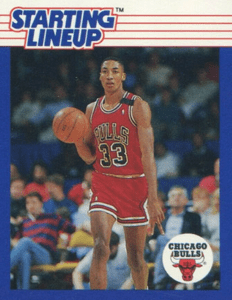 The Bulls Dynasty starting lineup was never complete without ole’ Scottie.  Just remember how brutal it was for the team when Scottie’s untimely toe surgery delayed the start to his 1997-1998 season.  Or when he sat out dwindling seconds of Game 3 of the 1994 Eastern Conference Finals (they still won thanks to Kukoc but we all know it didn’t feel right!).  At any rate, it’s nice to see a card with Scottie Pippen INCLUDED in the Starting Lineup. 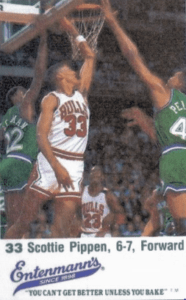 Now we know what you’re thinking:  what on earth does ENTENMANN’s have to do with Scottie Pippen rookie cards??  Well besides, creating tasty morsels of goodness, Entenmann’s was also pretty good at making promotional basketball cards.  Even though it’s quite rare (they were handed out at Bulls games), it’s still incredibly affordable.  So if you’re looking for a bargain that’s sweeter than even an Entenmann’s powdered donut, consider this gem. 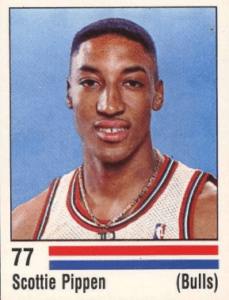 Another rare card that features Pippen’s famous half-smile.  It’s almost as if SCOTTIE DOESN’T KNOW he’s about to start winning NBA Championships (you’re welcome EuroTrip fans). And long before Panini was plastering torn off pieces of Michael Kopech’s jersey onto baseball cards, it was making neat little classics like this.  So if you’re looking a throwback to the simpler age of sports cards, a good place to start is the 1988 Panini Scottie Pippen rookie card.

Nobody’s ever gonna take those 6 Championship Rings off Scottie’s fingers.  Therefore, it’s only reasonable to think Pippen’s rookie cards will remain valuable for the LONG HAUL.  Just like Pippen was no match for Jordan’s explosiveness on the court, these cards are no match for the explosive value exhibited by the various MJ rookie cards.  And that’s perfectly fine with us.  We’ll take slow and steady any day.