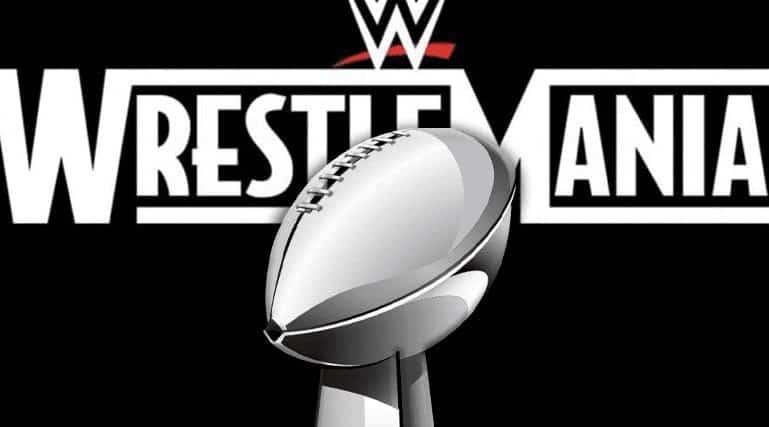 You may be scratching your head after reading this title and wondering aloud “what on earth does the Super Bowl have in common with WrestleMania??” (other than that the day after both mega-events should be made national holidays). So before you begin distracting your co-workers with any more deafening outbursts, let us explain. Or try our best to anyways.

The Road to Wrestle Mania III: A Harbinger to Super Bowl LV 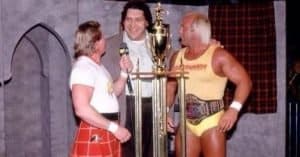 It was February 1987 and for Hulk Hogan, things were about to get colder than the big freeze that swept across England just a few weeks earlier. Hulkamania had officially taken the WWE by storm. However, there was one thing the World Champion Hogan never saw coming. Andre the Giant.

In what started off as just another episode of Piper’s Pit, Jesse “The Body” Ventura shook things up by calling for both Andre and Hogan to join the set. What transpired next set a series of events into motion that would forever change the course of human history. When Hulk Hogan’s long-time friend and undisputed king of wrestling Andre the Giant finally appeared he was escorted by none other than Hogan’s arch-enemy Bobby the Brain Heaton. Of course, this strange turn of events rattled Hogan to the core causing the champ to begin pleading for an explanation. Boy did he receive one.

Little did Hulk know, his friend Andre had been secretly harboring a deep resentment for Hogan’s parabolic rise to stardom. You see, Andre was by without a doubt the best wrestler of all time and had been seething over the unprecedented attention Hogan was receiving. To make matters worse, the two men were recently presented trophies by the league’s president. Much to Andre’s dismay, Hogan’s was bigger. By quite a bit. At any rate, the Piper’s Pit encounter concluded with Andre the Giant ripping off Hulk Hogan’s shirt, breaking his chain, and challenging the champion to a title match at Wrestle Mania III.

As you can see, the parallels are almost endless. Like Hogan, Mahomes is the defending champion and is poised to be the future of the league. Like Andre, Tom Brady is the GOAT who doesn’t appear to be taking life without another Super Bowl ring in stride (as evidenced by yet another Super Bowl appearance this year). And also like Andre, Brady isn’t about to let Mahomes take over the NFL without one last stand. So what will happen when Kansas City and Tampa Bay collide on February 7th? Let’s find out! 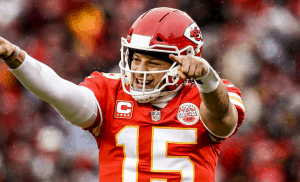 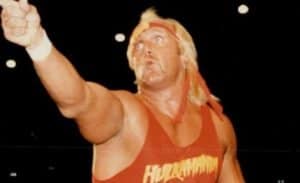 In the same way Hogan opened up WrestleMania III’s main event with a flurry of offense, so does Patrick Mahomes open up Super Bowl LV. He leads KC on two quick touchdown drives, hanging an immediate 14 point deficit on Brady and the Buccaneers. Things couldn’t be looking better for both Hogan and Mahomes.

Brady & Andre Remind Everyone Who the GOATS Are 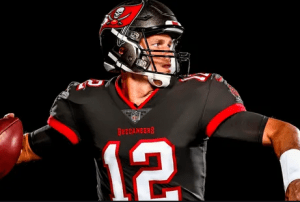 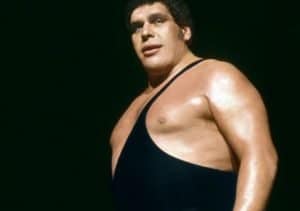 Over at WrestleMania, Hogan decides to put things away early by attempting to body slam big Andre. Unfortunately for The Hulkster, things don’t work out. He’s unable to lift The Giant and soon finds himself with an injured back. Flash to the Super Bowl and Mahomes attempts an early kill shot of his own by launching a 45-yard pass towards the endzone. If completed, the pass would put KC up 21-0 early in the second quarter. However, just like Hogan’s body slam attempt, the throw turns out to be ill-advised. Pick 6 for Tampa Bay.

From then on it’s all Andre the Giant and all Tom Brady. As Andre proceeds to throw Hogan around like a rag doll throughout the mid to late portions of the match, Brady begins slicing through Kansas City’s defense. Meanwhile, Mahomes is nowhere to be found and the Bucs find themselves enjoying a 31-20 late 4th quarter lead. 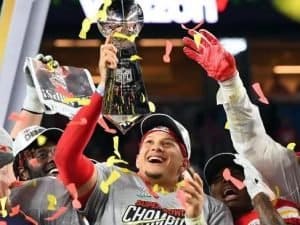 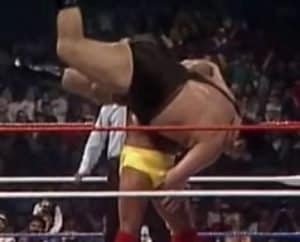 Back at WrestleMania, Hogan is fading fast within the grasp of Anrde the Giant’s brutal bear hug. However, just as all hope seems lost, he finds a spark. Invigorated by the thousands of chanting Hulkamaniacs littered throughout the Pontiac Dome, Hogan breaks free from Andre’s grip. He attempts one last assault, knocking Andre to the canvas. Over at the Super Bowl, Mahomes remembers who the champ is and delivers a late fourth-quarter touch down to cut Tampa’s lead to 5 with just 3 minutes left on the clock (Kelce drops the wide-open 2 point conversion attempt).

Injured back and all, Hulk Hogan again attempts to body slam Andre the Giant. This time he’s successful and finishes the Giant off with his trademark leg drop to retain the WWE Championship Belt. Then at Super Bowl LV, Mahomes get’s the ball back and against all odds and throws one towards Kelce in the back of the end zone as time expires. Kelce redeems himself and hauls in the TD catch and the Chiefs win back-to-back Championships.

Speaking of Mahomes, see how he finished in our pre-season 2020 NFL MVP predictions Round-Robin! 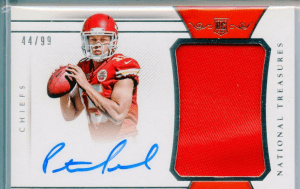 One of the most valuable Patrick Mahomes rookie cards from this set recently sold for nearly $200,000. Can’t come up with that kinda cash? No problem! There are many options in that easy-to-afford range of $25,000 to $100,000. On a more serious note, there are some Mahomes cards from this set that are at prices most hobbyists can swing. However, many of the graded options below $1,000 feature Mahomes and another player. If you don’t mind sharing the spotlight, there’s your opening. 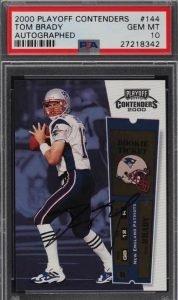 Interested in the card above? It’s only being sold by PWCC for a cool ONE MILLION dollars at the moment. Don’t worry that’s only for a PSA 10 grade. You can find them in lesser condition for as little as $15,000! Who knows, if Brady proves us wrong and defeats Mahomes that $1,000,000 price tag might look like a steal come February 8th. 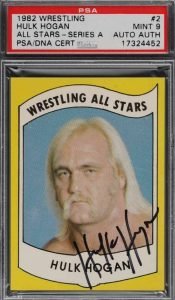 The signed version of this card recently sold on eBay for a whopping $36,600 sold on eBay. Something that goes a long way in illustrating that the wrestling card industry is alive and well. Lower-grade non-auto versions of the card are available for well under $5,000. Go get you one! 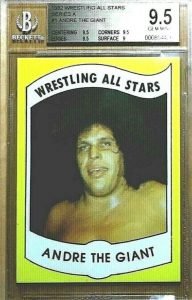 From what we laid out earlier you know darn well that Andre the Giant doesn’t like playing second fiddle. Especially not to Hulk Hogan. However, it appears yet again Hogan has bested Andre. The card above only sits at around $11,000. In Andre’s defense, the card doesn’t include his autograph so maybe the number is a little closer to Hogan’s if it did. Just like Hogan’s cards, lower grades are available for much less.

P.S. – In actuality, we think the Chiefs will win Super Bowl LV with relative ease. Just couldn’t resist the dramatics.

Ready for another light-hearted read? Check out our list of Funniest Baseball Cards of All Time!