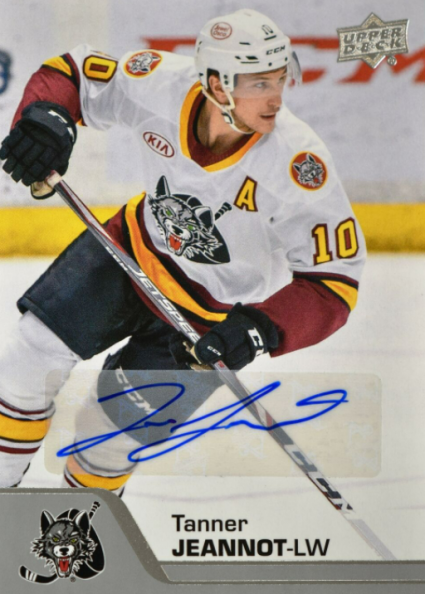 With Trevor Zegras and the dynamic rookie duo in Detroit hogging all the attention, some of the NHL’s other standout rookies have gone a bit overlooked. One of those players is Tanner Jeannot. The 24 year old winger hailing Saskatchewan has more than held his own in his first official season of play with solid numbers in both goals and assists. On top of that, Jeannot has shown that he’s not afraid to play with intensity. Something illustrated by his 78 minutes in the penalty box.

So why has he been so overlooked compared to the likes of Zegras and Raymond, the two favorites to win the Calder? Perhaps it’s Jeannot’s undrafted pedigree because nothing in his game warrants the oversight. He’s put the puck in the net more than both of the forementioned players and is holding his own in total points. Additionally, Jeannot has a better plus/minus than each and has done it with quite a bit LESS time on the ice. In time, continued success should begin to turn more heads in the direction of Nashville’s rookie forward. Here are some cards to consider BEFORE that happens.

Speaking of Rookie of the Year Contenders…. 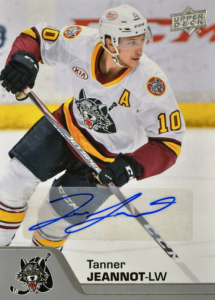 Since he wasn’t one of the most heralded rookies, many of his soon to be best first year cards are still on the way. But until then, here’s one to hold you over. The card above features Tanner from his AHL days playing for the Chicago Wolves. It’s available with a crisp blue autograph and offers a great close up view of Jeannot surveying the ice. As far as value, the card above is available for well under $30. For now, that is. 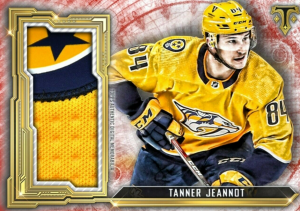 You know there aren’t many Tanner Jeannot rookie card options on the market when we’re including a digital card in our top 3. Once more collections are released these will certainly be knocked off our list for better options. However, the card above is one cool item if you’re into cards of the digital variety. It features Tanner in his brilliant yellow Nashville jersey and even includes a game worn patch. Even if all you can do is look at it, a beautiful piece nonetheless. If you have a couple of bucks to spare and are tired of waiting for the big releases, consider quelling your hunger here. 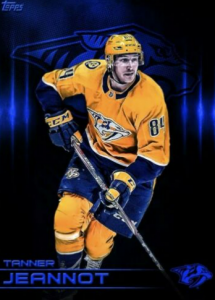 Digital or not, this is one of the sleekest card designs we’ve seen this year. The dark shades of blue and black help bring to life the loud and exciting array of colors of Jeannot’s first NHL uniform. Like the other two cards on the list, it features the rookie forward gliding across the ice looking to make something happen. And also like the other two cards, it’s at rock bottom prices. Got at least one bone in your account? It could be yours! 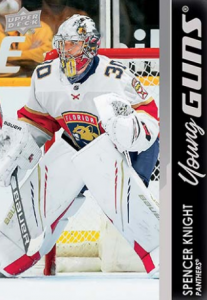 This will be THE Tanner Jeannot rookie card to own so keep your eye’s peeled upon the collection’s release in February 2022. As you can see by the set preview above, Upper Deck Young Guns continues it’s tradition of providing a layout that makes the player the focus. As it should be. A large action shot compliment by just a vertical side sliver with the player’s name and team.

In terms of value, we’re interested to see where the market sets the price of this card after the initial release. However, we’re fairly certain it’ll be far less expensive than some of the more hyped rookies. If so, green light all day.